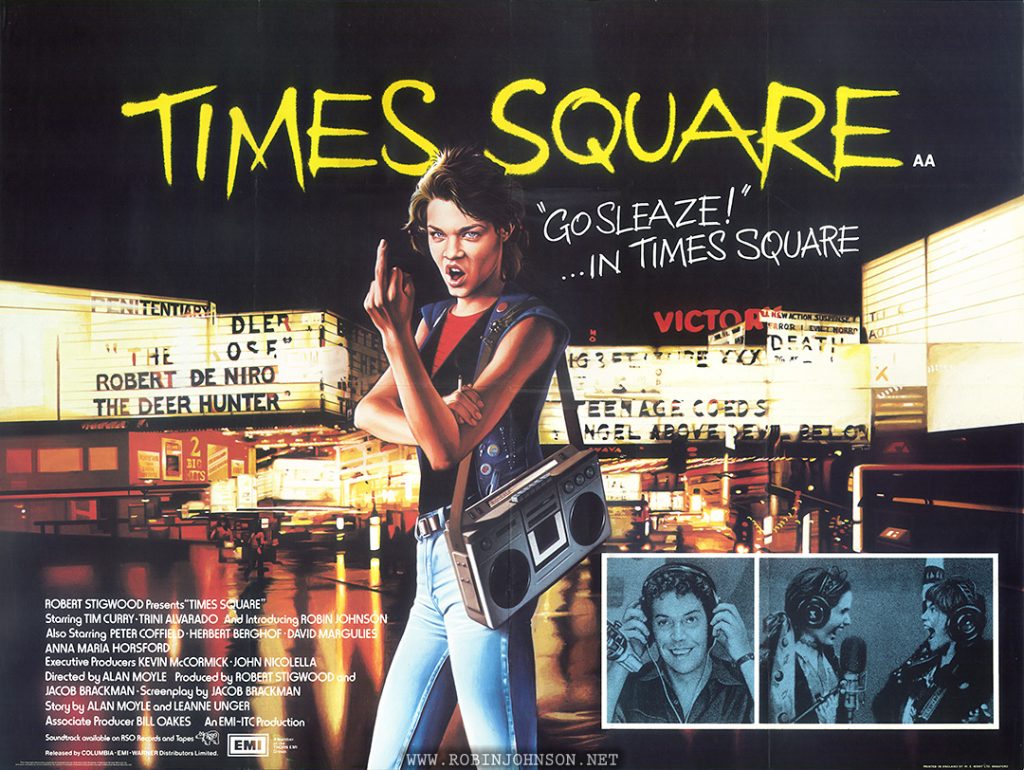 An edit of the Cummins illustration from the UK movie poster, with two different B&W stills. The “Cummins” signature is edited out.