Why Volunteers Get involved in Free Film Festivals

Why Volunteers Get involved in Free Film Festivals

Anne-Marie McGregor, co-ordinator of the Streatham Free Film Festival,  on what volunteers get out of making a festival happen.

From my personal opinion and knowledge of what we’ve talked about as a team, I’d say this year at Streatham Free Film Festival in particular we gained new skills as we ran nearly all the screenings.

One of our volunteers said she felt her confidence was boosted by having curated her own sections of the programme: seeking out directors, being responsible for the online marketing as well as introducing the films and talking to people when we did the feedback forms.

Another said the thing she found most rewarding was “getting more involved in my local community, and learning about film from others who are passionate about it, plus seeing how this kind of initiative can have a positive impact in terms of bringing local people together and supporting local business, and everyone have fun with it.” 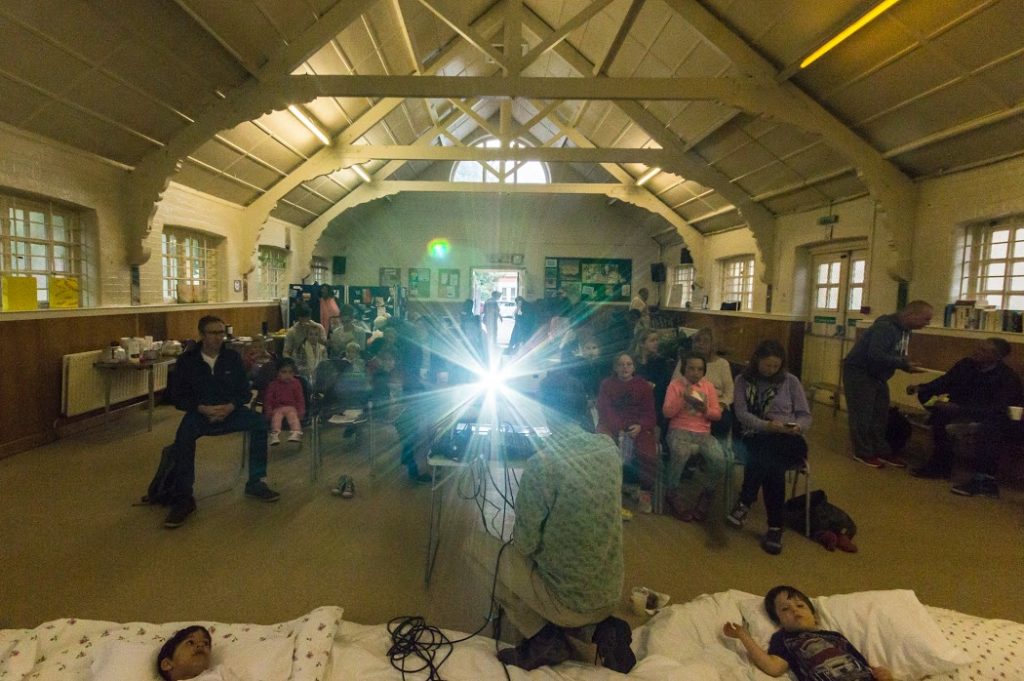 We have all made new relationships within the community and new friends within our group of volunteers. Two of our volunteers have gone on to form a film production company together and run a crowd fund campaign to raise money for their film.

We all had fun getting dressed up for PR events along the high road, being zombies at our screening of Shaun of The Dead and disco dollies at Saturday Night Fever!

Seeing such great turnout gave us all a real buzz that our efforts were appreciated and that something that started as an idea become a crowd pleaser. This sense of pride continued on long after the festival was over.

Our screening helped local charities too, by letting them raise money at screenings selling refreshments. We helped Spires, a local homeless charity, The British Home charity and Streatham Rookery gardens.

As we teamed up with local pubs that struggle to get trade mid week we also helped local businesses and this will hopefully benefit us when we look for sponsors next year. Presenting to these and creating the proposals for these also widened my own skill set.

From my point of view I benefited from being part of the wider network, from getting involved in programming to hearing about new films and other community cinemas.

So in summary the biggest rewards are skills, friendships, creative outlets, local community links and networking and, of couse, fun. Seeing your event come to life and be a success is really rewarding.

The Streatham Free Film Festival will return in 2017!