Sleaford Mods articulates the rage and desperation of those without a voice in austerity Britain. 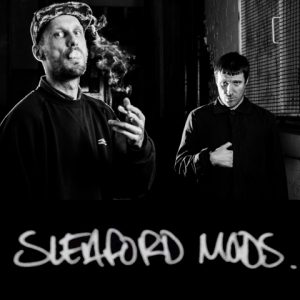 Sleaford Mods: Invisible Britain is a feature documentary showing the most relevant and uncompromising British band in years sticking two fingers up at the establishment.

The film follows Sleaford Mods on tour in the UK during the run up to the 2015 General Election, visiting neglected, broken down and boarded up parts of the country many would prefer to ignore.

Part band doc, part look at the state of the nation, the documentary features individuals and groups attempting to fight, while also giving enough hope to convince us there’s a chance we can change things if we unite within our communities.

A vital document of a vital band in vicious times. Hope is found in anger.