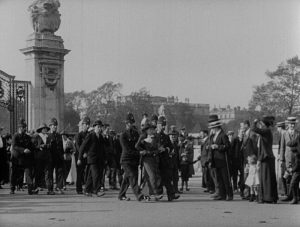 Make More Noise! is a selection of silent films from the BFI National Archive showing how suffragettes were portrayed on the cinema screen while their battles were being waged on the streets outside. Music by Lillian Henley.

This will be followed by a new documentary These Dangerous Women, about suffragettes who tried to stop World War One, which was made to celebrate the foundation of the Women’s International League for Peace and Freedom. Modern members of WILPF and young volunteers collaborated to uncover the truth about these women who Churchill called ‘dangerous’. Follwed by a Q&A with the director.

The Green is Nunhead’s new community centre, managed by local community group Nunhead’s Voice, which works to bring people together from across the community, organise and promote community events, help source funding for community activities and let people know what’s going on locally.