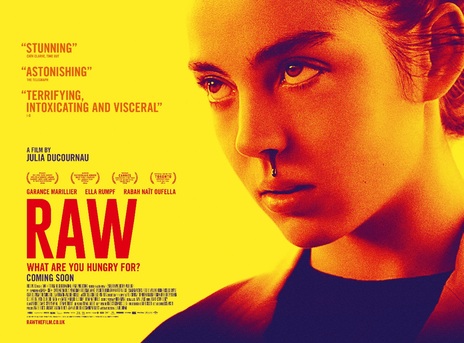 Stringent vegetarian Justine (Garance Marillier) encounters a decadent, merciless and dangerously seductive world during her first week at veterinary school. Desperate to fit in, she strays from her principles and eats raw meat for the first time. The young woman soon experiences terrible and unexpected consequences as her true self begins to emerge.

This is a small space so first come first served.