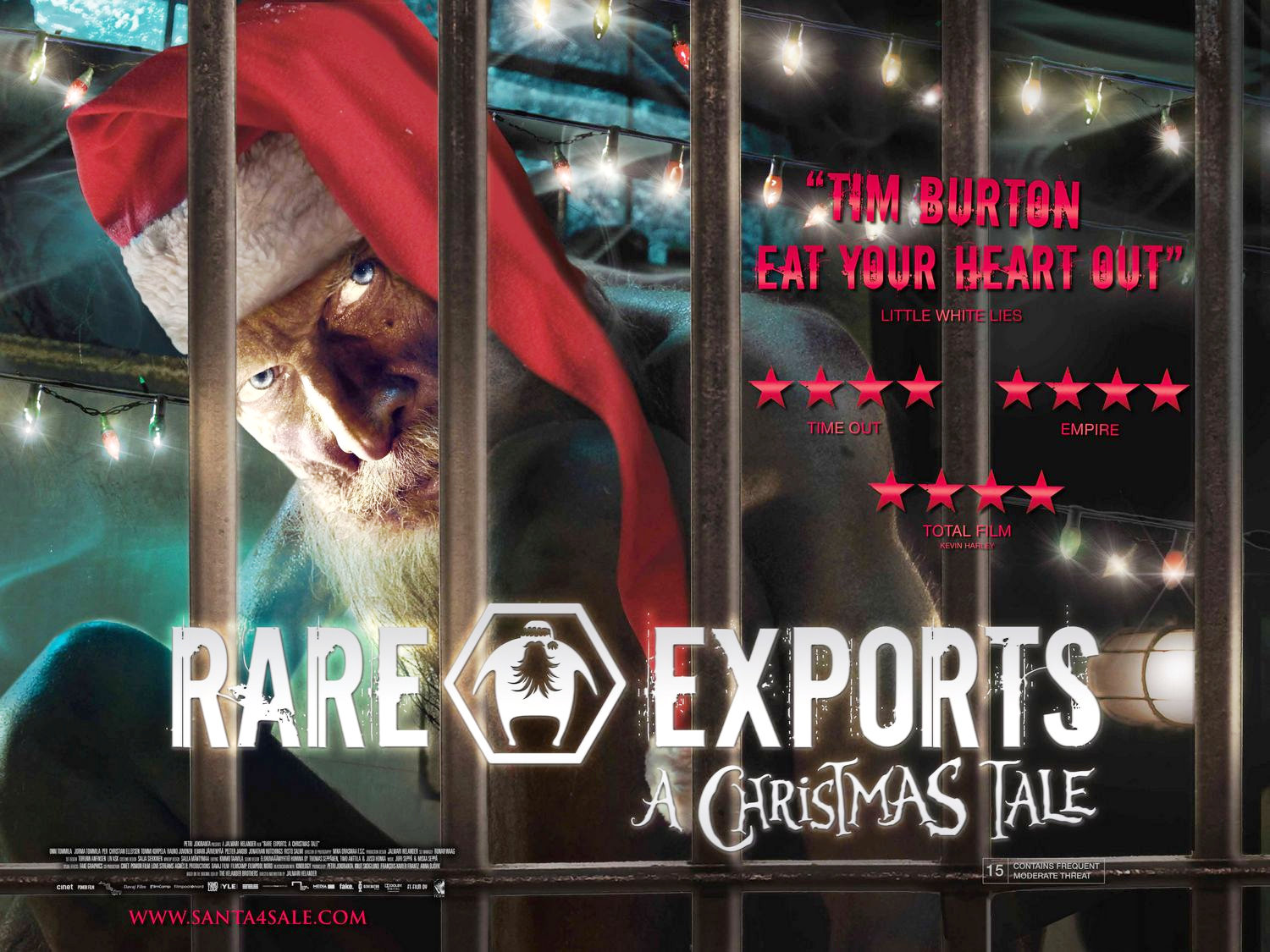 “An original, daring, carefully crafted film, that never for one instant winks at us that it’s a parody. In its tone, acting, location work, music and inexorably mounting suspense, this is an exemplary horror film”…they’re just not normally about wild Santas or subtitled “A Christmas Tale. (Roger Ebert).
A Finnish film from 2010 by director Jalmari Helander.
A darkly comic gem soon to be required perennial festive viewing.
It’s the eve of Christmas in northern Finland, and an ‘archeological’ dig has just unearthed the real Santa Claus. But this particular Santa isn’t the one you want coming to town. When the local children begin mysteriously disappearing, young Pietari and his father Rauno, a reindeer hunter by trade, capture the mythological being and attempt to sell Santa to the misguided leader of the multinational corporation sponsoring the dig. Santa’s elves, however, will stop at nothing to free their fearless leader from captivity. What ensues is a wildly humorous nightmare – a fantastically bizarre polemic on modern day morality.
In Finnish with subtitles.