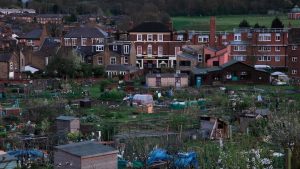 The film will be followed by a Q & A with director Sarah Turner.

Tickets will be available at Peckhamplex box office from 6pm onwards on the day of the screening.

The festival’s closing film at Peckhamplex on Sunday 10 September is Public House which tells the story of the Ivy House Pub in Peckham. Slated to be sold to property developers in 2012, the local community triumphantly came together to save the pub from closure, becoming one of the UK’s first co-operatively owned pubs and the country’s first ‘asset of community value’. This documentary is an inspirational story of social resilience and the power of communities working together.
Through dance, poetry and song the film builds into an exhilarating participatory opera of multi-layered voices telling a tale of social resilience in the face of creeping gentrification.

Please note that as this film doesn’t have a BBFC certification, only those 18+ can be admitted.