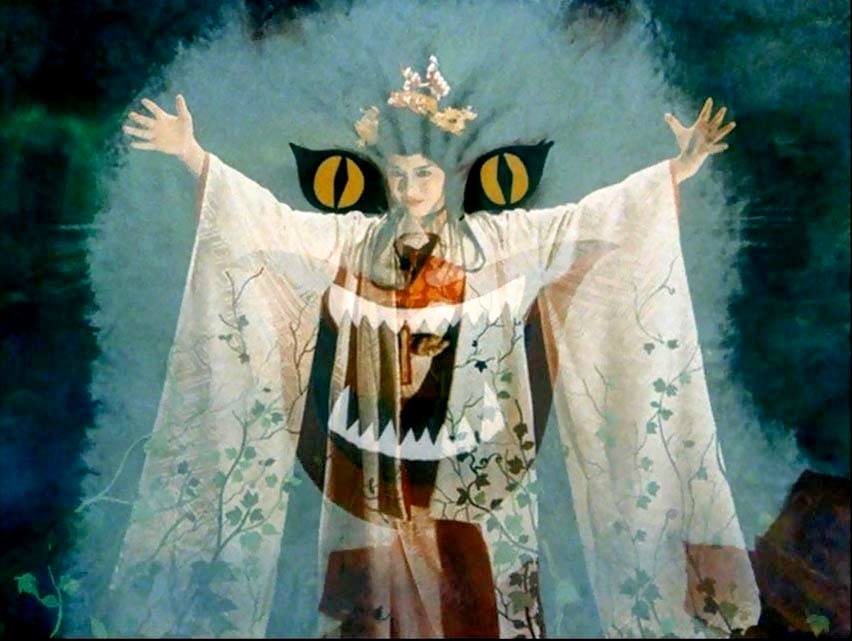 Adapted from an idea from Obayashi’s young daughter, the film looks like a psychedelic, nightmare version of a children’s ghost hunting adventure, but there are sophisticated undercurrents that hint at the dislocation in Japanese culture pre and post second world war.

Distressed by her widowed father’s plans to remarry, Angel sets off with six of her schoolgirl friends in tow for a summer getaway in her aunt’s isolated mansion. But all is not well – in this house of dormant secrets and cobwebbed interiors long-held emotional traumas have terrifyingly physical embodiment and the girls will have to use all their individual talents if any are to survive.

A roller-coaster ride without brakes, House is by turns sinister, hilarious and curiously touching, with ceaseless cinematic invention and a satirical, full-blooded approach to the horror genre

Movie Fact: The special effects in House were purposely made to look unrealistic. In addition to this the majority of the cast were completely untrained actors.