The Future is Female Evening (feat. Four Mums in a Boat)

Centred around the documentary Four Mums in a Boat, about four mums from Yorkshire who met on the school run and decided to row across the Atlantic, our Future is Female evening will showcase documentaries and short films designed to give a voice to and empower women, young and old. 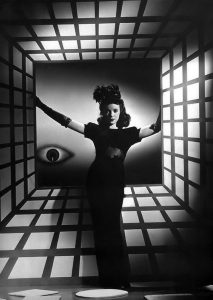 The event will take place in the Ida Lupino room at The Florence, named after the actor and pioneering female director and producer. Not only was Lupino was the only woman working in the 1950s Hollywood system to take on these roles but she was born right here, in Herne Hill, on Ardberg Road, in 1918. As an actor though she was frequently suspended from her work at Warner Brothers for refusing roles that she thought were beneath her dignity as an actor.

The Future is Female event is about celebrating the bravery of ordinary women doing extraordinary things: women who speak out against injustice, who despite repeated attempts at being silenced, have persisted and inspired millions around the world to embrace the strength within themselves and empower each other with knowledge, unity and togetherness.