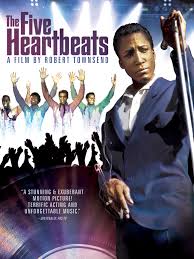 Festival closing film followed by funk after party with DJ Fraggs.
In the early 1960’s, a quintet of hopeful young African American men form an amateur vocal group called The Five Heartbeats. After an initially rocky start, the group improve, turn pro, and rise to become a topflight music sensation. Along the way, the guys learn many hard lessons about the reality of the music industry with it’s casual racism and greed while the personal weaknesses of the members threaten to destroy the integrity of the band.
Join us at Buster Mantis – Deptford’s finest Jamaican bar. Fab food and cocktails, late licence and it’s a Bank Holiday Weekend!