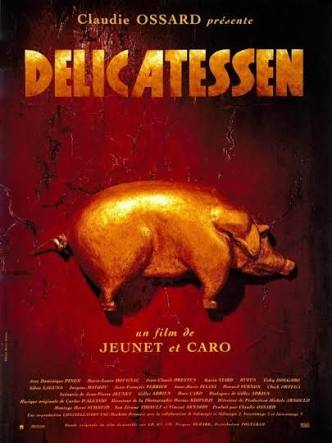 Before Amelie there was Delicatessen, a black comedy gem from Jean-Pierre Jeunet. Part comedy horror, part romance. It’s tough times for a butcher, grain is currency and meat is hard to come by.
When a former clown applies for the job of maintenance man he’s being eyed up as potential new stock. The clown and the butcher’s daughter fall in love and comedy ensues.