Premiere of a Peckham film exploring the relationship between local Southwark Police and Black communities. It has grown out of LET’S TALK, a four-year project exploring young people’s attitudes to youth violence and knife crime and tells the story of three local teenage boys who from the edge of permanent exclusion end up training Met Police recruits in Stop & Search. This improbable transformation is brought about with the input of Elevated Minds and its CEO Doreen Sinclair-McCollin. Remarkable tales emerge, successes take shape and real possibilities come clear for creating sustainable change. Some of the testimonies are shocking and yet overall the film is positive. 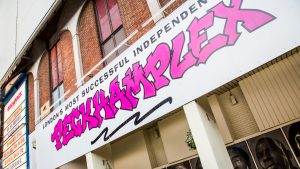