Beats Of The Antanov + CLOSING PARTY with Bombotropics 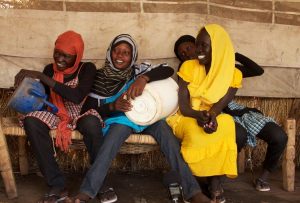 ‘Beats of the Antanov’ documents the Sudan/SRF conflict in the Blue Nile and Nuba Mountains regions, focusing in particular on the role of music in helping the affected communities to sustain themselves culturally and spiritually in the face of the ongoing conflict.

This documentary that ‘put Sudan’s name on the screen of World Cinema’, was made over a period of two years with Director Hajooj Kuka residing among the People of the Nuba Mountains in Sudan.

The film is followed by a closing party from local dj collective ‘Bombotropics’ with beats and melodies from around the globe.

Come and get down to Buster Mantis and celebrate the end of the Festival with life affirming film and music.