Women in Film SE15 – How Did We Get Here? Collective Animation

Tickets are required for this event - see below
5:30PM
INDOOR: ONLINE EVENT 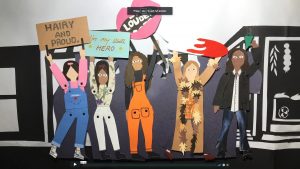 How Did We Get Here? and They Call Us Maids – Collective Animation and Q&A

Women in Film SE15 – How Did We Get Here? Collective Animation Workshop Film

The attendees at the Women in Film SE15’s collective workshop created the short animation How Did We Get Here?

This short film was made possible by the attendee led conversations on race, domestic violence, protesting, feminism and the facilitation by OHoney Studio. Plus Q&A with workshop attendees

This short animated film tells the story of the thousands of women from extremely poor backgrounds, in countries such as the Philippines, Indonesia, South Asia or Africa, who have to find work abroad to support their families.

The film was made in consultation with the organisation Justice 4 Domestic Workers.