The Passion of Joan of Arc

In the atmospheric surroundings of All Saints Church, we’re delighted to present The Passion of Joan of Arc. A classic of the late silent era, Carl Theodor Dreyer’s 1928 masterpiece is commonly cited as one of greatest films ever made. On trial for heresy, Joan of Arc’s interrogation and execution is rendered in agonising clarity, as we follow her spiritual and emotional struggle, and eventual martyrdom, at the hands of the religious authorities. 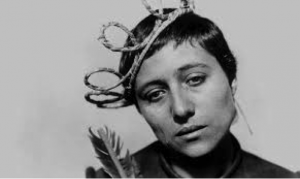 The Passion of Joan of Arc is both a stunning artistic achievement and a triumph of visual storytelling, just as relevant today as it was when first released over 90 years ago.