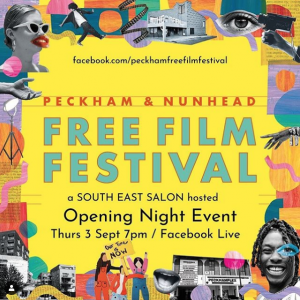 Orvil Kunga and Vashti Henry from Adinkra Arts Collective and curators and organisers of Afrikans on Film a one day festival which has been a significant part of the Peckham and Nunhead Free Film Festival for several years.