Shot in New Cross and Deptford

Shot in New Cross and Deptford

Back in the 70s the Children’s Film Foundation were still producing films not only aimed at kids but starring them too. Supported by a host of familiar faces (Robin Askwith, Liz Fraser, Roy Dotrice) a group of children get involved in stopping a planned bank heist. The film was shot entirely on location in Deptford at a time when it was one big building site. The hero of the piece is played by Gary Kemp later to find fame in Spandau Ballet. 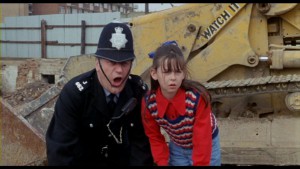 The ending credits of Franco Rosso’s Babylon thanks: “all the people of Lewisham who made this film possible.” Our leading protagonist Mechanic Blue, along with his friends build a sound system in Deptford lock-up using whatever bits of kit they can borrow or steal. Although the film respects Lewisham and its aid in the film’s making, this semi-documentary style film is another dreary narrative that depicts the struggles of a Black British working class musician with themes of police racism, violence against blacks, poverty and disillusion with lack of opportunities. However, the film is wonderful for depicting the underlying racial frustrations of its time, with riots erupting in Brixton in April 1981, only a few months after the film’s release. 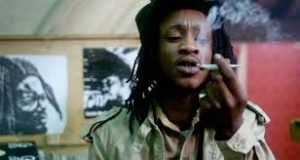 New Cross-born Gary Oldman’s BAFTA-winning directorial debut tells the vaguely autobiographical story of a dysfunctional family living in Bermondsey. Oldman is believed to have used his own real-life experiences growing up with an alcoholic father, it is this uncompromising honesty. Nil by Mouth is a bleak experience for any cinema-goer. Ray Winstone plays the unnerving, cocaine-abusing, alcoholic and wife-beater Ray, while Kathy Burke won best actress at Cannes for her role bearing the brunt of her husband’s physical and psychological abuse. Filmed at the now-demolished Ferrier Estate in Kidbrooke, this film does not actually take place in either New Cross or Deptford, however its writer’s experience and influence by the area makes it a more-than-worthy candidate for the list. 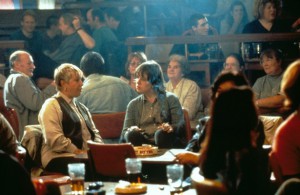 Otherwise known as Last Tango in Lewisham, this was the first British film with an unsimulated sex scene to get a certificate. Mark Rylance plays a failed musician who has a weekly, anonymous sex session with Kerry Fox. Things begin to unravel when he tries to find out more about her. The place where they meet is Alpha Road in New Cross.

Edgar Wright’s first instalment of the Three Flavours Cornetto trilogy features Simon Pegg as Shaun, a man trying to win back his ex-girlfriend whilst also attempting to save his friends and family after a zombie apocalypse attacks London. Shaun decides to take shelter at the local, Winchester pub. Otherwise known as the old Duke of Albany pub on Monson Road, New Cross, which unfortunately closed down and was renovated as housing in 2008. The film features the Duke of Albany in many exterior shots as shown below, the internal scenes were shot at Ealing Studios. 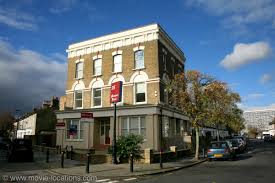 Another film, another south east London pub but this time in Deptford. David Cronenberg’s psychological thriller tells the story of Spider played by Ralph Fiennes, a mentally disturbed man taking residence in a hallway house before he begins to slip back into his illness, attempting to piece together fragments of his childhood. Deptford’s now-closed the Crown and Spectre pub on Friendly Street feature as the Dog and Beggar pub in the film. 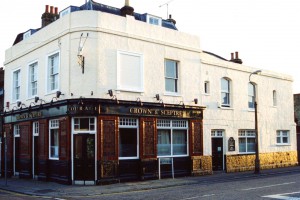 Deptford must have left a sweet-spot in David Cronenberg’s memory as five years after Spider he chose to shoot in Deptford once again. But this time it is Watergate street that appears in the film, twice in-fact! However, the alleyway from the street to the river is also described as a prime location for dumping human bodies: “The current keeps the bodies under the surface until it gets around the corner,” which does not paint Deptford in the best of lights. The film stars Viggo Mortensen, Naomi Watts and Vincent Cassel in this gangster film, about a Russian teenager living in London who dies during childbirth, but not before leaving clues to a midwife via a journal, that leads to involvement with a violent Russian mob family. 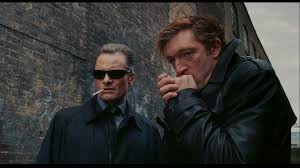